The Scandinavian Institute for Computational Vandalism

The Scandinavian Institute for Computational Vandalism (SICV) is an art and research group engaging with archives, softwares and other media forms. This wiki primarily documents our work with the archives of Asger Jorn's Scandinavian Institute for Comparative Vandalism. A useful place to start exploring this site is the quick guide to the experiments. The logbook provides a broader overview of our activities and interests, including (ongoing) projects related to the archives of Guttorm Guttormsgaard and Erkki Kurenniemi. 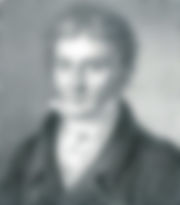 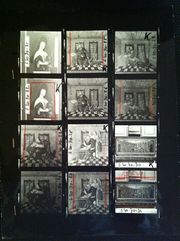 Books printed in offset are not an entirely new phenomenon, but up until now they have been made to imitate Gutenbergian books. The new freedom offered by this technology will bring us closer in a certain way to medieval manuscripts as well as to the cartoons of Walt Disney, with one essential difference, which I implore you to observe, that this publication is neither for minors nor for priests.


— Letter from Asger Jorn to printers of Mémoires, addressing offset as the end of the Gutenberg era

After we, a couple of days ago, launched our Scandinavian Institute of Contemporary Comparative Vandalism, a lot of people have wondered why we invented this peculiar name, not knowing whether they should take it seriously or not. In the following we shall try to describe the background for our actions as well the appeal of this name in the context of recent cultural, political and technological developments around the world.


— Asger Jorn in 1967, translated and detourned for the purposes of SISSV

In 1965 Asger Jorn closed down the Scandinavian Institute of Comparative Vandalism (SISV), announcing in the annual report of the institute that the shut-down was temporary and that SISV would reopen in three years’ time. He locked the door of institute, barring Gérard Franceschi from access to the 26.000 photographs he and other photographer’s had been commissioned to take for SISV (the dispute over the legal rights to the images would only be solved decades later). Half a century later we propose a contemporary and temporary re-materialization of SISV, re-opening the gates to the archive and trying to activate its holdings. A decade ago Troels Andersen’s effort to fulfill Jorn’s SISV project resulted in six book volumes, presenting those of Jorn’s image series it was possible to reconstruct (in addition, the pilot volume on the stone sculptures of Scania produced by Jorn in 1965 was re-issued) . Our approach takes great interest in, but will differ from, that “partial completion” of the project. The idea is not to complete an unrealized project, but to explore SISV from a standpoint emphatically rooted in the present (in like manner, Jorn’s interest in the past “10.000 years of Nordic Folk Art” was always motivated by contemporary artistic and political concerns). The Scandinavian Institute of Contemporary Comparative Vandalism (SISSV) regards SISV as a threefold point of departure, namely i) a folded book project, ii) an extensive photographic archive and library of books, iii) a modus operandi for research combining academic approaches with artistic procedures.

Jorn’s own work with the photo archive took place on paper (making photographic prints, ordering them in boxes, collating prints in albums, writing lists and indexes of images and motives, using printed contact sheets as tables upon which he selected and planned the cropping of images, making book dummies etc.), with analogue photography being the enabling technology that allowed him to work towards the construction of a total image of 10.000 years of Nordic Folk Art. Today, digital technologies allow for new ways of handling the material. A prospective digitization of the SISV image archive would transform the archive at every level (inscription, storage, access, indexing, metadata, etc.). Working with the archive before full scale digitization begins, will allow SISSV to consider this work and its implications as well as familiarize itself with other tools and methods than the ones usually on offer. In line with this, our emphasis will be on the experimental and processual, rather than on end results. This emphasis will be evident both in our exploration of the original SISV - focusing, for instance, on Asger Jorn's contact sheets rather than his published books - and in the development of new ideas such as that of a digital contact sheet.

About The Gutenberg Galaxy at Blaker

The Scandinavian Institute of Contemporary Comparative Vandalism is part of the project The Gutenberg Galaxy at Blaker. The Gutenberg Galaxy at Blaker (2013-2014) is an ongoing exhibition project which tries to reimagine book culture – its pasts and possible futures. The point of departure is the so-called archive of the Norwegian artist Guttorm Guttormsgaard, a collection of some 25 000 objects (including a remarkable collection of books and printed matter) he has collected throughout his life and "archived" in his home and studio in Blaker, a small village 30 miles north of Oslo. The participants of the project include Guttorm Guttormsgaard, Constant, the writer Jørn H. Sværen, the artist collective Institutt for degenerert kunst, as well as the following researchers: Wendy Chun (Brown University), Wolfgang Ernst (University of Humboldt, Berlin), Johanna Drucker (UCLA), Matthew Fuller (Goldsmiths College), Ina Blom University of Oslo), and Adrian Johns (University of Chicago). The final show in the series will focus on Asger Jorn’s extensive and innovative production of books, Jorn as an inhabitant of the Gutenberg galaxy. The project is directed and curated by Ellef Prestsæter.

The work of the SICV stems in part from the Active Archives project, initiated in 2006 by Constant. Related work includes (ongoing) projects related to the archives of Guttorm Guttormsgaard and Erkki Kurenniemi.