According to the information given in the white binder, the photo archive of the SISV includes more than 25,000 negatives with their respective contact sheets. Roughly a third of the negatives have been enlarged. These enlargements are also kept in the archive.

How many images are there in the archive? 25,000? Or do we count the contact sheets and enlargements as well? If so, does a contact sheet equal one image, or do we count the number of photographic recordings represented on each sheet? And what about duplicates? According to the white binder there are 3-4 copies of each enlargement. Do they all count?

Depending on how we answer these questions, the number of images in the filing cabinet would range from 25,000 to 85,000.[1]

How can we imagine 25,000 images? Can we at all make sense of the quantity? 25,000 is admittedly a large number, but nothing compared to the number of images that populate the web (more than 200,000 images are uploaded every minute on Facebook, for instance[2]). The image below is a preliminary attempt to visualize what is inside the filing cabinet.

The thumbnails are the digitized images we already have access to. The gray rectangles correspond to the number of negatives of which we don’t have a digital record yet.[3] 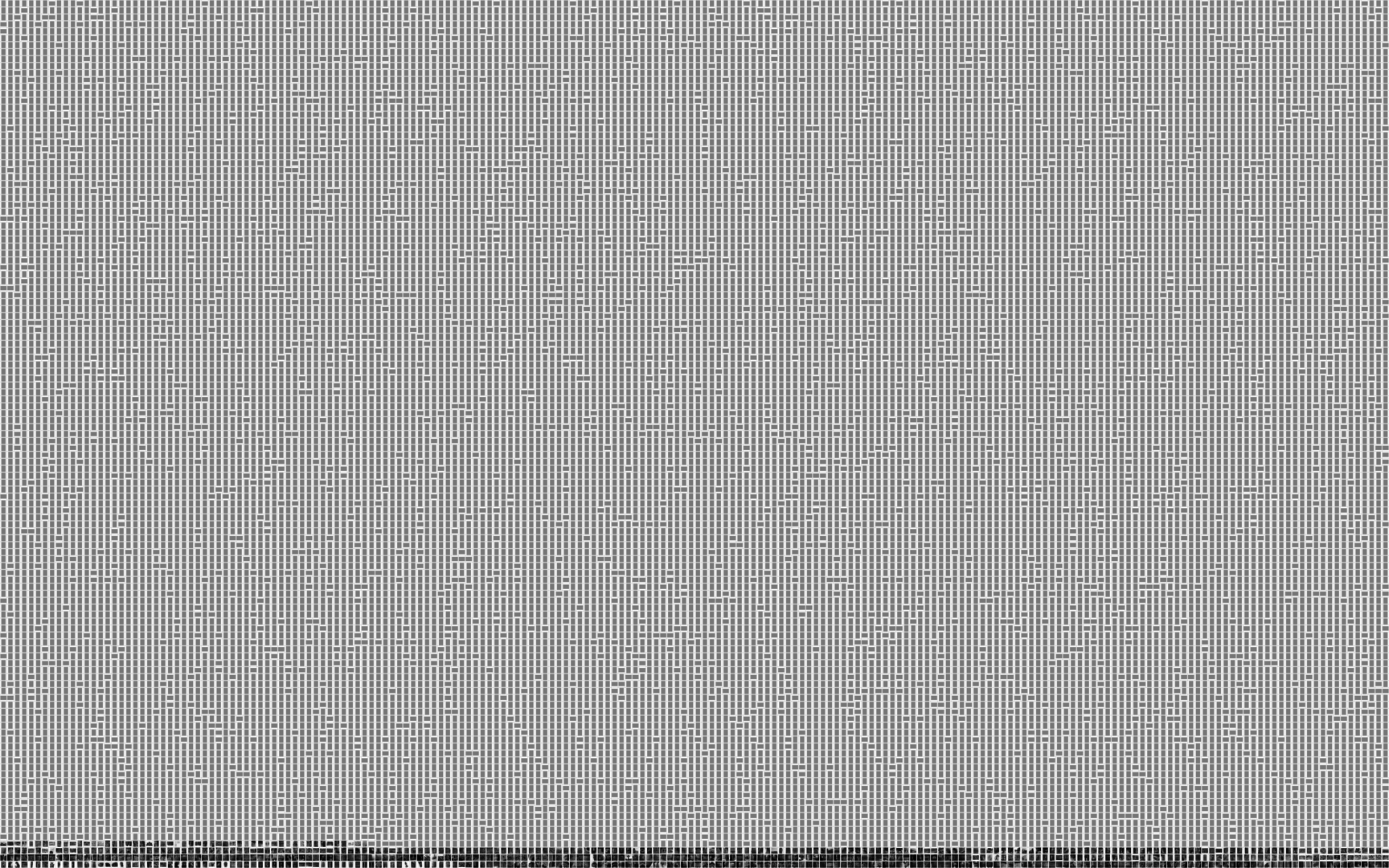